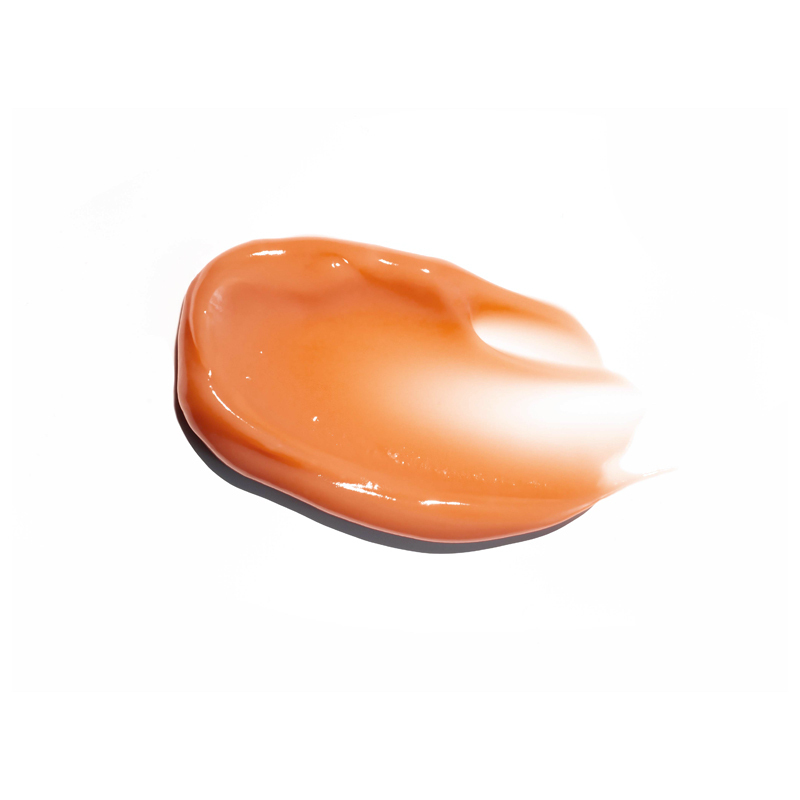 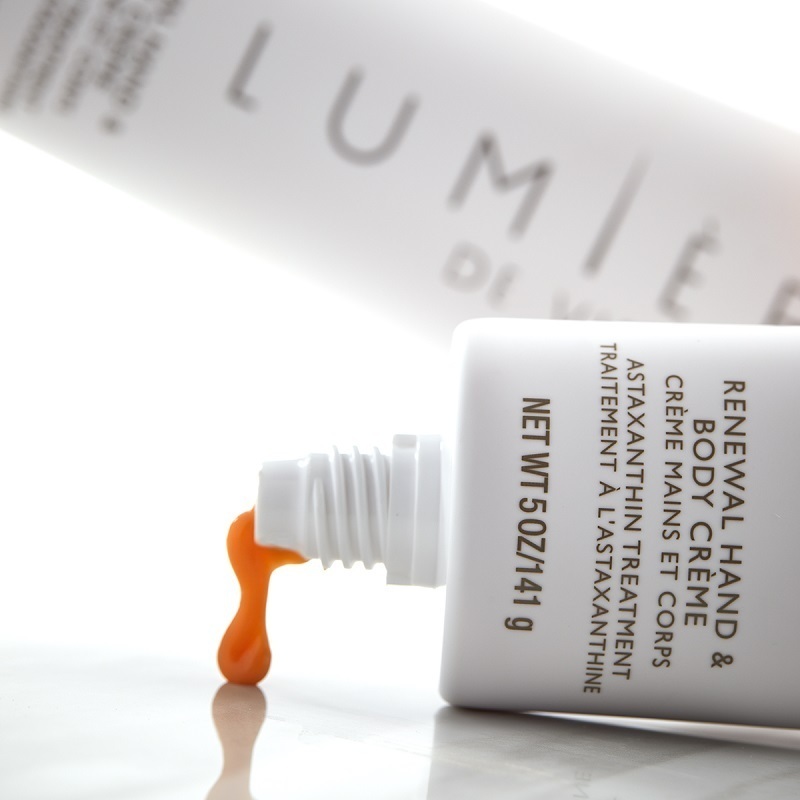 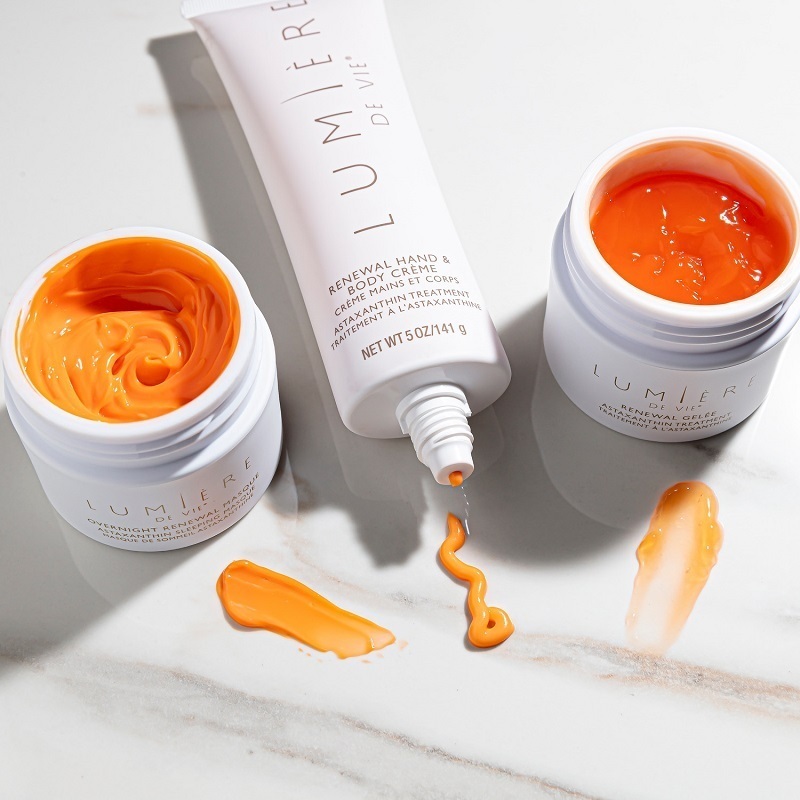 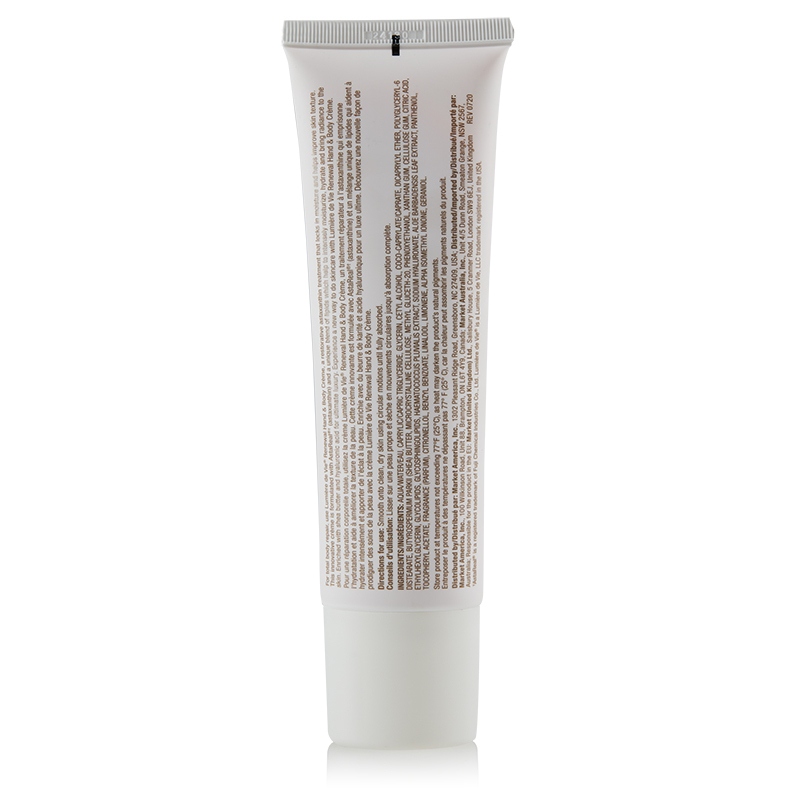 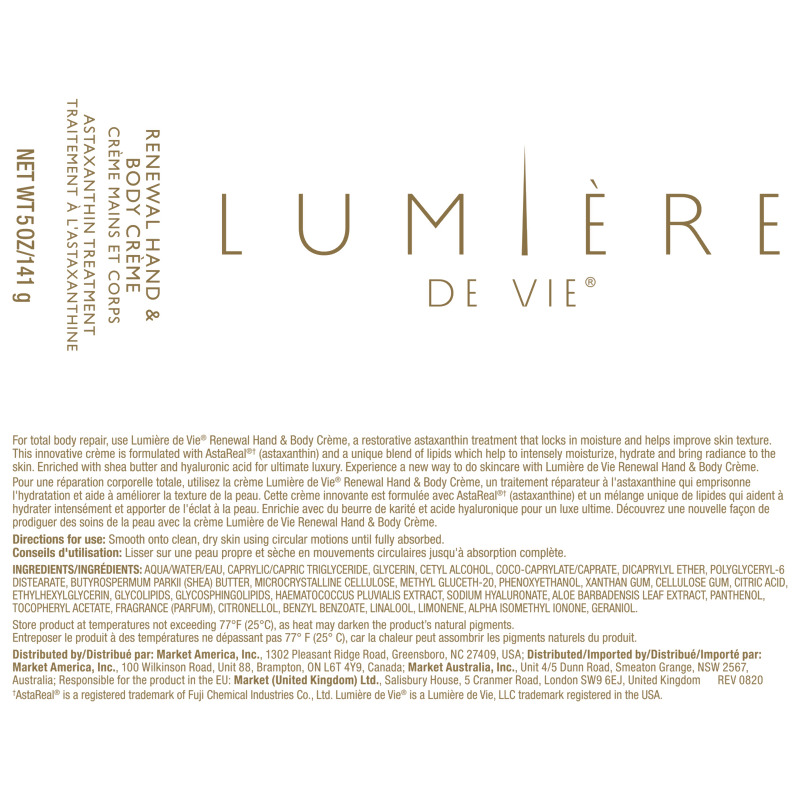 What is AstaReal® Astaxanthin with Dr. Karen Hecht

For total body repair, use Lumière de Vie® Renewal Hand & Body Crème, a restorative astaxanthin treatment that locks in moisture and helps improve skin texture. This innovative crème is formulated with AstaReal®* (astaxanthin) and a unique blend of lipids which help to intensely moisturise, hydrate and bring radiance to the skin. Enriched with shea butter and hyaluronic acid for ultimate luxury. Experience a new way to do skincare with Lumière de Vie® Renewal Hand & Body Crème.

Haematococcus pluvialis is a freshwater microalga that contains astaxanthin. Astaxanthin has been reported to have multiple actions but is probably best known for its powerful antioxidant properties. In addition to being an antioxidant, astaxanthin can help moisturise the skin when applied topically and when combined with oral supplementation, astaxanthin has been reported to reduce the appearance of fine lines and wrinkles, reduce the appearance of dark spots and help the skin look smoother.

This unique blend of lipids consists of both ceramides and omega-3, -6, and -9 fatty acids, all of which are components of the skin. These lipids can help support the skin’s complexion and radiance and support a more even skin tone.

Caprylic/capric triglyceride is an ingredient made from fatty acids found in coconut oil and glycerin. It functions as both an occlusive skin conditioning agent and an emollient.  As such caprylic/capric triglyceride helps lubricate the skin, keeping if feeling soft and smooth and helps moisturise the skin by forming a barrier on the skin's surface to slow the loss of water.

Glycerin is a skin conditioning humectant ingredient that helps keep the skin hydrated, helping it to retain a soft and smooth appearance.

How do I use Lumière de Vie® Renewal Hand & Body Crème?

Lumière de Vie® Renewal Hand & Body Crème is formulated with astaxanthin which is a red colour. The combination of the red pigment with the other skin loving ingredients in our crème creates a pinkish red hue.

How often should I use Lumière de Vie® Renewal Hand & Body Crème?

Lumière de Vie® Renewal Hand & Body Crème is a body treatment and does not need to be used as often as a standard moisturiser. We recommend using 2-4 times a week or as often as your skin needs!

Is it normal for the product color to change overtime?

Yes, heat can cause the colouring to darken overtime. We recommend storing your crème in a cool dry place after each use to slow the colour changing process.

What serving size of astaxanthin supplements do I need to take to get the combined benefits of both topical and oral use?

Based on clinical studies the recommended serving size is 4mg per day in combination with the morning and evening use of a topical astaxanthin product.**

Do you have any Astaxanthin supplements you would recommend taking along with the Lumière de Vie® Renewal Hand & Body Crème?

Yes! Available on shop.com, as part of our sister brands, we offer both Isotonix® Astaxanthin and Prime™ Astaxanthin Cardio and Visual Vitality Formula. Both products are highly rated and offer wonderful benefits that would partner great with the Lumière de Vie® Renewal Hand & Body Crème. Learn more and shop them at global.shop.com!

Lumière de Vie does not conduct or commission animal testing of any finished product.

*These statements have not been evaluated by the Food and Drug Administration.
This product(s) is not intended to diagnose, treat, cure or prevent any disease.

I heard testimonies about this product before it landed in Australia. I couldn't wait to try it.

I've had it for 2 weeks now and I love bedtime when I apply this on my hands and body. I hope to be able to post a before and after photo soon as I can already feel that the skin on my hands is smoother.